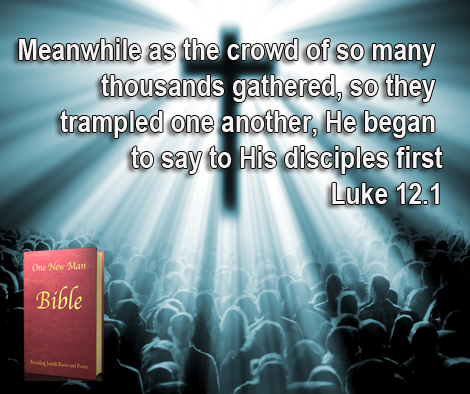 Luke 12.1. Meanwhile as the crowd of so many thousands gathered, so they trampled one another, He began to say to His disciples first, “You must be on guard for yourselves from the leaven of the Pharisees, which is hypocrisy. 2. But there is nothing that has been concealed which will not be revealed, and hidden which will not be known. 3. Because what you said in the darkness will be heard in the light, and what you spoke against others in the inner chambers will be proclaimed from the roofs.”

Daily scripture passages from The One New Man Bible