Heroines of the Bible: Rahab 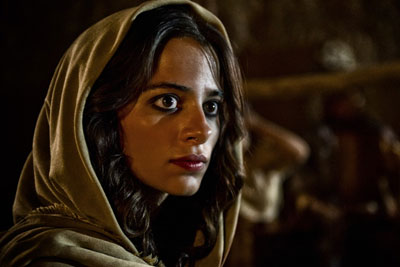 Rahab, who hid the spies sent to Jericho by Joshua risked her life when she took them to her roof and hid them from the king’s messengers. From this heroic act, she not only preserved her life and the lives of her family, she became part of the lineage of Y’shua. Joshua 2.1. And Joshua the son of Nun secretly sent two men as spies out of Shittim saying, Go view the land and Jericho. And they went, and came into the house of a harlot named Rahab and lodged there. 2. And the king of Jericho was told saying, Behold, men of the children of Israel came in here tonight to search out the country. 3. And the king of Jericho sent to Rahab saying, Bring forth the men who have come to you, who entered your house, for they have come to search out the whole country.

Joshua 2:4. And the woman took the two men and hid them and said, Men came to me, but I did not know where they were from. 5. And it was about the time of shutting of the gate when it was dark, that the men went out. Where the men went I do not know: pursue after them quickly, for you will overtake them. 6. But she had brought them up to the roof of the house and hid them with the stalks of flax, which she had laid in order on the roof. 7. And the men pursued after them all the way to the Jordan to the fords, and as soon as they that pursued after them had gone out, they shut the gate. 8. And before they had lain down, she came up to them on the roof 9. and she said to the men, I know that the LORD* has given you the land and that your terror has fallen on us and that all the inhabitants of the land are faint hearted because of you. 10. For we have heard how the LORD* dried up the water of the Reed Sea for you, when you came out of Egypt, and what you did to the two kings of the Amorite, Sihon and Og, who were on the other side of the Jordan, whom you utterly destroyed. 11. And as soon as we had heard these things, our hearts melted. Neither did there remain any more courage in anyone because of you, for the LORD* your God, He is God in heaven above and earth beneath. 12. Now therefore, please swear to me by the LORD*, since I have shown you loving kindness, that you will also show loving kindness to my father’s house and give me a true sign 13. and you will save alive my father and my mother and my brothers and my sisters and all that they have, and deliver our lives from death. 14. And the men answered her, Our life for yours, if you do not tell this our business. And it will be, when the LORD* has given us the land, that we will deal in loving kindness and truth with you. 15. Then she let them down through the window by a rope, for her house was on the town wall and she lived on the wall.

Matthew 1.1. A scroll of the genealogy of Y’shua Messiah, Son of David, Son of Abraham. 2. Abraham begat Isaac, Isaac begat Jacob, and Jacob begat Judah and his brothers. 3. And Judah begat Perez and Zerach by Tamar, and Perez begat Hezron, and Hezron begat Ram, 4. and Ram begat Amminadab, and Amminadab begat Nashon, and Nashon begat Salmon, 5. and Salmon begat Boaz by Rahab, and Boaz begat Obed by Ruth, and Obed begat Jesse, 6. and Jesse begat David the king. (1 Chr. 2:10-12)

Jacob 2:25. And likewise also Rahab the idolatress, was she not made righteous by works, when she gave hospitality to the messengers and then sent them out another way? 26. For as the body is dead without a spirit, so also faith without works is dead.

Rahab is literally called a harlot in the Hebrew text, but any use of harlot or harlotry in Hebrew can also be a reference to idolatry, as with the book of Hosea. So, Rahab may well not have been a harlot, but she surely had been an idolater in Jericho. Rahab was certainly a Heroine for risking her life to help the spies. She converted and married Salmon, bearing Boaz, who also married a convert, Ruth.