Heroines of the Bible: Miriam the mother of Y’shua 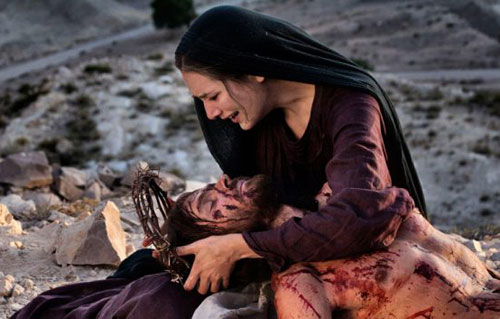 Miriam, mother of Y’shua who was probably a teenager when Gabriel came to her at night. Luke 1:30. And the angel said to her, “Do not be afraid, Miriam, for you have found favor with God. 31. And behold you will conceive in your womb and you will bear a Son and will call His name Y’shua. 32. This One will be great and He will be called Son of the Most High, and the Lord God will give Him the throne of David His father, 33. and He will reign over the house of Jacob forever, and His kingdom will not end.” 34. And Miriam said to the angel, “How will this be, since I have not had intimacy with a husband?” 35. Then the angel said to her, “The Holy Spirit will come upon you and power of the Most High will cover you: for this reason then the Holy One Who is birthed will be called the Son of God. 36. And behold your kin Elizabeth has also conceived a son in her old age and this is her sixth month from her being called barren: 37. because with God nothing is impossible.” 38. And Miriam said, “Behold the servant of the Lord: may it be according to your word.” Then the angel left from her.

Miriam might have thought this was just a strange dream, but she did not. She acted on the Word from Gabriel first thing in the morning.

Luke 1:39. And when Miriam rose in those days she went with haste into the hill country to a city of Judea, 40. and she entered the house of Zechariah and greeted Elizabeth. 41. Then it happened as Elizabeth heard Miriam’s greeting, the infant in her womb leaped, (Luke 1:15) and Elizabeth was filled with the Holy Spirit, 42. then she cried out in a great shout and said, “Blessed are you among women and blessed is the fruit of your womb. 43. And why is this
with me that the mother of my Lord would come to me? 44. For behold as the sound of your greeting came into my ears, the infant in my womb leaped in exultation. 45. And blessed is she who believed that there will be fulfillment for what has been spoken to her by the Lord.”

Miriam then lived a long life, knowing that there would be crushing times as at Y’shua’s crucifixion, then long years under the protection of the Apostle John. Her final years were spent in Ephesus with John, preserving Miriam, a true Heroine.