Heroines of the Bible – Jael 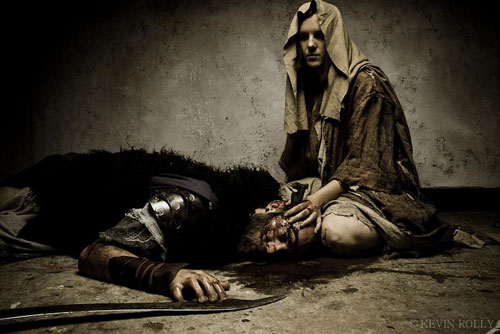 Sisera was a bad guy, a Canaanite general who commanded 900 iron chariots and oppressed Israel for years.

Deborah (another heroine of the Bible) was the Judge over Israel and ordered Barak, one of Israel’s generals, to form an army to fight the army of Sisera. Barak wasn’t inclined to go meet Sisera and his 900 iron chariots unless Debora came with him.

Deborah, also a prophetess, answered Barak, “I shall surely go with you, but the journey that you take will not be for your glory, for the LORD* will sell Sisera into the hand of a woman.” (Judges 4:9)

That woman was Jael, with Deborah’s prophecy right on. Jael was your ordinary housewife who did something very extraordinary!

“But Sisera fled away on his feet to the tent of Jael the wife of Heber the Kenite, for there was peace between Jabin the king of Hazor and the house of Heber the Kenite. 18. And Jael went out to meet Sisera and said to him, Turn in, my lord, turn in to me. Do not be in awe! And when he had turned in to her in the tent, she covered him with a blanket. 19. And he said to her, Give me, I pray you, a little water to drink, for I am thirsty. And she opened a bottle of milk and gave him a drink, and covered him. 20. Again he said to her, Stand at the entrance of the tent and it will be when anyone comes and inquires of you and says, Is there anyone here? That you will say, No. 21. Then Jael, Heber’s wife, took a tent peg and took a hammer in her hand and went softly to him and struck the peg into his temple and it pierced through into the ground, for he was fast asleep and weary. So he died. 22. And, behold, as Barak pursued Sisera, Jael came out to meet him and said to him, Come! I shall show you the man whom you are seeking. And when he came into her tent, behold, Sisera lay dead and the peg was in his temple.”

Jael did something hard to imagine any ordinary housewife doing, but it certainly solved the problem of Sisera.