Heroines of the Bible – Abigail 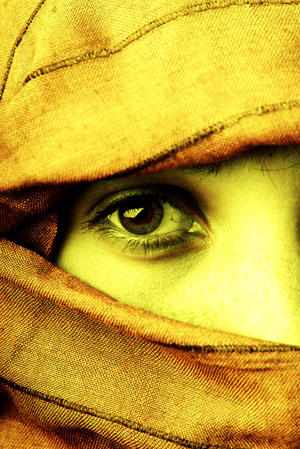 Abigail is an awesome woman whose character shone clearly when she had an evil husband. 1 Samuel 25:2. And there was a man in Maon, whose possessions were in Carmel and the man was very great and he had three thousand sheep and a thousand goats, and he was shearing his sheep in Carmel. 3. Now the name of the man was Nabal and the name of his wife Abigail, and she was a woman of good understanding and of a beautiful countenance, but her husband was hard and bad in his doings and he was of the house (a descendant) of Caleb.

1 Samuel 25:4. And David heard in the wilderness that Nabal was shearing his sheep. 5. And David sent out ten young men, and David said to the young men, Go up to Carmel and go to Nabal and greet him in my name, 6. and you will say, For life, peace be both to you and peace to your house, and peace be to all that you have. 7. And now I have heard that you have shearers, now your shepherds that were with us, we did not hurt them, neither was anything missing from them the entire time while they were in Carmel. 8. Ask your young men and they will tell you. Therefore, let the young men find favor in your eyes, for we come on a good day. Give, I pray you, whatever comes to your hand for your servants and your son David. 9. And when David’s young men came, they spoke to Nabal according to all those words in the name of David, then stopped. 10. And Nabal answered David’s servants and said, Who is David? And who is the son of Jesse? There are many servants these days who break away, each man from his master. 11. Will I then take my bread and my water and my meat that I have killed for my shearers, and give it to men whom I do not know where they are from?

1 Samuel 25:12. So David’s young men turned their way and went again and came and told him all those sayings. 13. And David said to his men, Each man take his sword. And each man put on his sword and David also put on his sword, and there went up after David about four hundred men and two hundred remained by their goods.

1 Samuel 25:14. But one of the young men told Abigail, Nabal’s wife saying, Behold, David sent messengers out of the wilderness to greet our master and he was harsh to them. 15. But the men were very good to us and we were not hurt, neither did we miss anything the whole time we were going with them, when we were in the fields. 16. They were a wall for us both by night and day, all the while we were with them keeping the sheep. 17. Now therefore know and consider what you will do, for evil is determined against our master and against all his household because he is such a wicked man that one cannot speak to him.

1 Samuel 25:18. Then Abigail hurried and took two hundred loaves and two bottles of wine and five sheep ready dressed and five seahs of parched grain and a hundred clusters of raisins and two hundred cakes of figs, and laid them on donkeys. 19. And she said to her servants, Go on before me. Behold, I am coming after you. But she did not tell her husband Nabal. 20. And it was so, as she rode on the donkey, that she came down secretly by the hill and, behold, David and his men came down opposite her, and she met them. 21. Now David had said, Surely in vain have I kept all that this fellow has in the wilderness, so that nothing was missed of all that pertained to him, and he has repaid me evil for good. 22. So God then do more also to the enemies of David, if I leave as much as a single male of all that pertains to him by the morning light. 23. And when Abigail saw David, she hurried and got off the donkey and fell before David on her face, and bowed herself to the ground. 24. And fell at his feet and said, “Upon me, my lord, let this iniquity be upon me and let your handmaid, now please, speak in your ears, and hear the words of your handmaid. 25. Do not my lord, please now, regard this wicked man, Nabal! For as his name is, so is he. Nabal is his name, and villainy is with him, but I your handmaid did not see my lord’s young men whom you sent. 26. Now therefore, my lord, as the LORD* lives, and as your very being lives, seeing the LORD* has withheld you from coming to shed blood and from avenging yourself with your own hand, now let your enemies and those who seek evil for my lord, be like Nabal. 27. And now this blessing which your handmaid has brought to my lord, let it even be given to the young men who follow my lord. 28. Now please, forgive the transgression of your handmaid, for the LORD* will certainly make my lord a faithful house because my lord fights the battles of the LORD* and evil has not been found in you all your days. 29. Yet a man has risen to pursue you and to seek your life, but my lord’s life will be bound in the bundle of life with the LORD* your God and the lives of your enemies, He will sling those out, as from the middle of a sling. 30. And it will come to pass, when the LORD* will have done to my lord according to all the good that He has spoken concerning you, and will have appointed you ruler over Israel, 31. that this will be no grief to you, nor offense of heart to my lord, either that you have shed blood without cause, or that my lord has avenged himself, but when the LORD* will have dealt well with my lord, then remember your handmaid.”

That statement was a powerful Word of the LORD*!

1 Samuel 25:32. And David said to Abigail, Blessed be the LORD* God of Israel, Who sent you this day to meet me. 33. And blessed be your advice, and blessed be you, who has kept me this day from coming to shed blood and from avenging myself with my own hand. 34. For as the LORD* God of Israel lives, Who has kept me back from hurting you, except you had hastened and come to meet me, surely by the morning light there would not have been left to Nabal as much as a single male.

About ten days later the LORD* took Nabal from the earth, then after Abigail’s time of mourning, David married her. Abigail’s character showed clearly in her faithfulness to Nabal and her quick response when she was told about the problem Nabal had set up. Abigail was a true heroine.